For most of my first nine years homebrewing I produced wort with the standard “American” process. I mashed in a five gallon cooler fitted with a homemade copper manifold, recirculated by hand, manually fly/batch sparged, and chilled with an immersion chiller. It is a process (detailed here) that is simple, reliable, hands-on, and which makes good beer. My equipment was starting to show its age and I wanted to move to 10 gallon batches anyway, so about a year ago I began researching the alternative methods and options out there.

What You Don’t Know About the World’s Rarest Beers

Rhys WilliamsPosted on August 30, 2015 Posted in Comment
WHAT YOU DON’T KNOW ABOUT THE WORLD’S RAREST BEERS
BY AMANDA MARSTELLER | AUG 28 2015

There exist in the uppermost echelon of brewing, a handful of rare beers that demand unmatched awe and respect.

Often called “white whales,” these beers are meant for your bucket list. Ultra-exclusive, small-batch and made by uncompromising standards, these brews have reached royal status among beer lovers. Some cater to bitter-craving hopheads while others appeal to devotees of the sweet, dark stout. Some are available year-round and others make a fleeting appearance for a brief 24 hours.

No matter where they come from, these beers pose a challenge to their fans. All have attained Beer Advocate’s world-class status, and each is universally considered one of the best beers you’ll ever cross paths with. If you’re game for a little adventure, these rare brews guarantee a game-changing experience. Catch ’em if you can.

This piece originally appeared on Liquor.com.

What You Don’t Know About the World’s Rarest Beers
http://www.foodandwine.com/fwx/slideshow/what-you-dont-know-about-worlds-rarest-beers

Rhys WilliamsPosted on August 22, 2015 Posted in Comment
So, after ordering crushed grain over and over again and not being able to buy in bulk due to worrying about spoiling, I decided it was time to look into a grain mill. It turns out, the commercial solutions are quite expensive. How hard can it be to crush some grains reliably?

I found the idea somewhere to use a pasta maker. I figured it could work so I ordered this pasta maker.

Up Your Glass Game: An Expert Guide To Proper Craft Beer Glassware [Infographic] 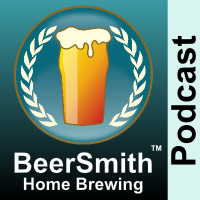 Adam Shake joins me this week to discuss making beer with electric brewing systems, and we cover a wide variety of equipment topics including heating elements, pumps and different types of controllers to automate your brewing system.

Subscribe on iTunes to Audio version or Video version

My sister and her husband are pretty flash with a home brew kit. They gave me a kit once. Didnt work. There were a myriad of things that I didnt do right. I will blame my flatmate at the time. The thing is, we still drunk the beer it produced, despite how awful it turned out to be. It was cloudy, had a tonne of dregs and tasted dreadful. But it was beer so we drank it all. Makes complete sense.

It was my first and as at this point in time, my last batch of beer. Why bother waiting a week or some foul tasting beer when you can just pop down to the supermarket at any time of the day and pick up a box a export gold for $18? Sure it tastes like crap, but at least you know it’s going to taste like crap and you don’t have to wait a week to find out.

A Q&A With The Father Of Homebrewing And Craft Beer Pioneer, Charlie Papazian

Rhys WilliamsPosted on August 11, 2015 Posted in Comment
In Steve Hindy’s book, titled The Craft Beer Revolution: How a Band of Microbrewers is Transforming the World’s Favorite Drink, he uses the Oxford English Dictionary to define a pioneer as  “one of a body of foot-soldiers who march with or in advance of an army or regiment, having spades, pickaxes, etc. to dig trenches, repair roads, and perform other labours in clearing and preparing the way for the main body.” Some may say that the craft beer revolution has been lucky to have a number of great  pioneers – and one such pioneer is Charlie Papazian.

A Q&A With The Father Of Homebrewing And Craft Beer Pioneer, Charlie Papazian
http://www.wearebrewstuds.com/features/craft-beer-homebrew-interview-charlie-papazian-pioneer/

Can you make alcohol out of Vegemite?

News broke this evening that the Australian yeast spread Vegemite might become subject to sale restrictions due to the fact that residents in some distant Northern Territory ‘dry communities’ are using the iconic condiment to brew alcohol at home.

There are so many versions of the same story it doesn’t even matter which one I link to – they all reference the same quote from the Prime Minister. “This is a deregulatory Government and the last thing I want to do is to have a Vegemite watch,” he said. “Because Vegemite, quite properly, is for most people a reasonably nutritious spread on your morning toast or on your sandwiches.” Umm, okay, then.

Can you make alcohol out of Vegemite?
http://www.signecane.com/2015/08/09/vegemite-alcohol/

Whitebaiting with the Yeastie Boys

Whitebait in beer? Only in the Media Brew competition.

Recently, we seemed to reach peak “I’m going to put a crazier ingredient in my beer than you”.

That beer, made with a dash of stag semen, caused a minor stir but from all accounts is rather delicious and it remains a fact brewers have been putting unusual items in beer for quite a number of years.

You have the famous beard beer from Rogue, one that was made from yeast that had been sent to space and even one with bull testicles.In New Zealand, the epitome of this style of brewing occurs at the annual Media Brew competition that pairs up a journalist and brewer who then try to out-brew their rivals.Quite simply, this competition just gets more bonkers every year.When I first took part in the Media Brew with Parrotdog in 2012, things were much tamer.